Back in mid-December of 2014, nearly a year before we returned to United States from Japan, my husband and I were overwhelming excited to visit the Universal Studios Japan (USJ) in Osaka.

While USJ is relatively young, having only opened its doors in March 2001 compared to its rival Disneyland in Tokyo which is about 18 years its senior, the theme park was jam packed. Our December visit to USJ park was just 3 days short to Christmas, which means we were perfectly synced for a huge crowd. My husband and I also lack fluency in Nihonggo which, as we learned, was crucial to understanding how express pass works. However, it was the rain then that ultimately stretched our patience.

It rained very hard. Non-stop. On a chilly December winter in Osaka.

I remember not feeling both of my frozen legs that day.

My husband said it was one of the most horrible trips we ever had and vowed to bring us to Universal Studios in Florida, where he said we won’t be freezing to death, to make up. After almost 2 years, in November of 2015, we finally had the justice we seek. :) 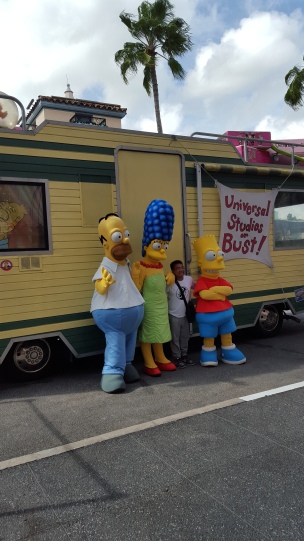 Remember that this trip was suppose to avenge that rainy day in USJ Osaka.

But we were wrong. Oh so wrong. I was in denial when it started to pour heavily in the afternoon but thankfully, the rainfall was quick. After a few minutes, we were back to our leisurely business. Whew.

Did we get the justice that my husband wanted? We certainly did.

The King’s Cross at Harry Potter World in Universal Studios in Orlando, Florida. 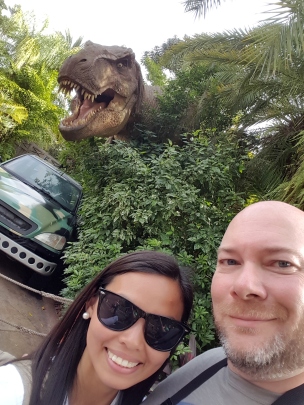 The Poseidon’s Fury at Universal Studio in Orlando, Florida.

At Universal Studio Theme Park in Orlando, Florida in November 2015.