While planning on our cross-country trip around America, I insisted on putting Georgia as one of the high priorities. Hubby did not seem too thrilled although he was not revolting to the idea.

Savannah looked promising even at first glance. The oak tree roads and the Southern-style homes will charm any passersby in an instant. There was, however, a slight problem: we visited the city on a national holiday when most of the city roads were closed for a parade and parking was a bit of a challenge. So we took the river cruise instead. Problem solved. Easy.

The cruise aboard the Savannah River Queen lasted for an hour and a half. The Captain’s fascinating narration of some tales and historical facts the entire sightseeing was an absolute entertainment. He even made some remarks that left most of us passengers in amusement. While I prefer to discover the city on foot, the cruise also gave a different perspective on this Southern gem. Did you know that the basin of Savannah River defines the state boundary between Georgia and South Carolina? 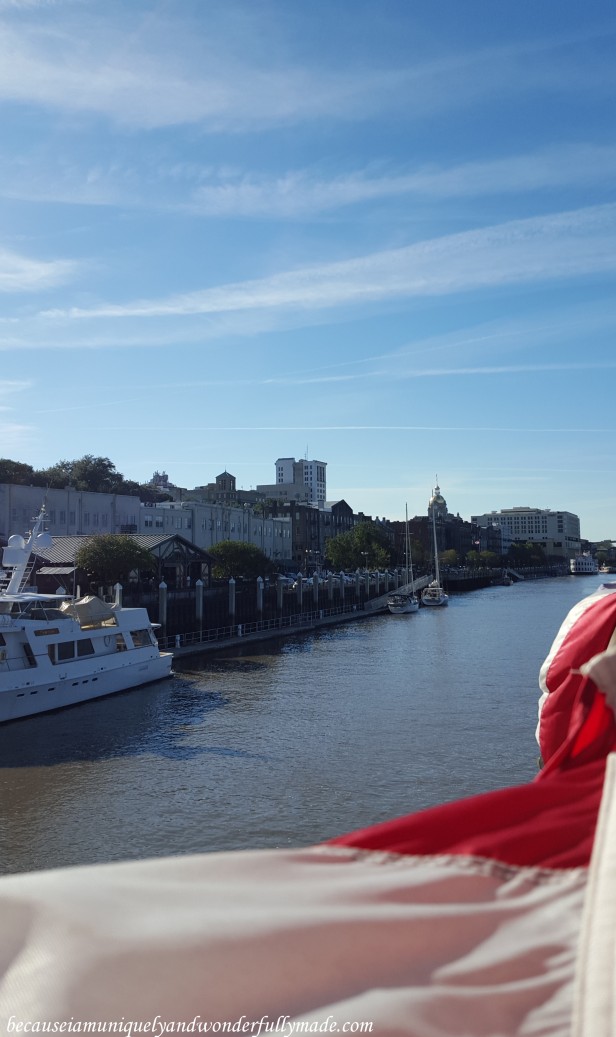 My special favorite part of the trip was meeting the captain and showing us his cockpit (?) (Correction is welcome.) I suppose I always have this fascination over cockpits, even in planes. Don’t judge.